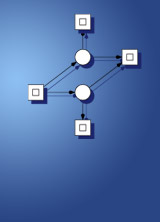 Our paper on 'Colouring Fuzziness for Systems Biology' in the journal 'Theoretical Computer Science' went online. 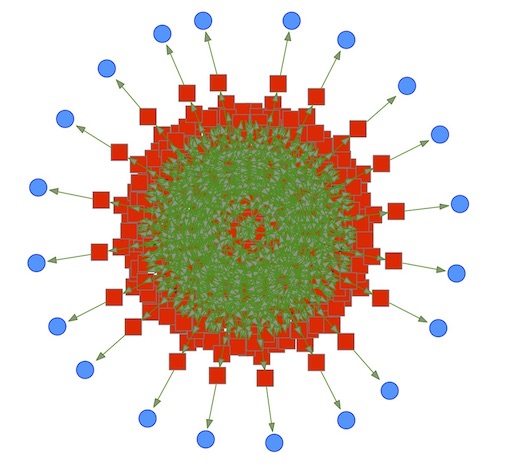 Wondering what this means? Then explore From Epidemics to Pandemics Modelling.

Our paper on 'Fuzzy Petri nets for modelling of uncertain biological systems' in the journal 'Briefings in Bioinformatics' went online.

Spike made its first public appearance at AWPN 2018 - Algorithms and Tools for Petri nets, University of Augsburg, Germany

Our special issue on 'Advances in Biological processes and Petri nets (BioPPN)' in the journal 'Fundamenta Informaticae' is out, finally - Volume 160, issue 1-2.

our paper 'Genomic, biochemical and modelling analyses of asparagine synthetases from wheat' in the journal 'Frontiers in Plant Science' is now open access available. It explores, among others, the potentially carcinogenic nature of wheat by means of a continuous Petri net.

our paper 'Coloured Petri nets for multi-level, multiscale, and multi-dimensional modelling of biological systems' in the journal 'Briefings in Bioinformatics' is now open access available.

our paper 'Towards dynamic genome scale models' in the journal 'Briefings in Bioinformatics' is now open access available.

The report for the Model Checking Contest @ Petri Nets 2017 is online; 10 tools participated in five categories;
Marcie reached a reliability of 100% based on 27,041 examinations, and scored bronze in the category upper bounds.
See Marcie & MCC'2017 and Marcie's website for some results of the unofficial correct value ranking.

The report for the Model Checking Contest @ Petri Nets 2016 is online; 10 tools participated in five categories; Marcie scored GOLD in the category upper bounds, SILVER in the category state space examination and BRONZE in the category CTL model checking.

Ph.D. student Atsushi Mizuta from the Yamaguchi University, Japan joins our group for one week.

The report for the Model Checking Contest @ Petri Nets 2015 is online; 10 tools participated in four categories; Marcie scored GOLD in the categories state space examination and CTL model checking, and BRONZE in the category reachability; no other tool got more than one medal.

We received the funding confirmation for our Sino-German Workshop on Multiscale spatial computational systems biology which will be held in Beijing, October 08 – 12, 2015

Winter Simulation Conference (WSC 2012), Berlin/Germany, special track on Petri nets, simulation and applications organized to commemorate the 50th anniversary since Adam Petri laid the foundation of this research field with his PhD.

Advanced Tutorial:
Scaling up from single molecules to multicellular systems: modelling over time and space with advanced Petri net techniques
at ICSB 2011 in Heidelberg.

We updated our website technology – not entirely flawless; please accept our apologies for any inconvenience.

We moved from EHS to the main campus, still busy in getting our stuff sorted in our new home in LG1c, 2nd floor. find out more